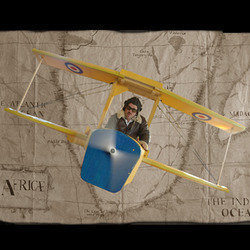 The secret surrounding the making of malt whisky made its way from the shores of Scotland to the eastern Cape of Africa. The excise men are hounding young Charlie Hepburn, so he escapes on a ship to Africa. While the ship is ploughing through high troughs rounding the bulge of Africa, Charlie meets comely Fiona Gilpin on the windswept deck. Love is born and the rest is pioneer history! Starring the South African master comedian Nicholas Ellenbogen and the top UCT student, Ella Gabrial. Winners of three Fringe Firsts and a Herald's Angel.