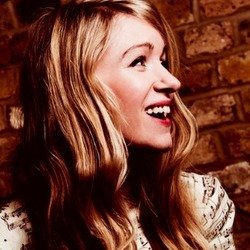 Rachel Parris gets commissioned to write songs for the great and the good (and the ugly). But she doesn't especially enjoy it. In this darkly twisted debut from the award-nominated musical comedian, she performs some of the songs she wanted to send in to The X Factor, the Disney Channel and others, including the hardest song she was ever asked for - the one that broke her heart. 'Venomously witty' (Evening Standard), '...really rather brilliant indeed' (Huffington Post), 'Tim Minchin in a frock' (Londonist).

Songwriter and comedian Rachel Parris gets asked to write songs for the Great and the Good, and the downright Ugly, in order to make a living. In The Commission she goes completely "off-brand", performing the songs she would have liked to send in to the X-Factor, the Disney channel and Westminster education board, and the hardest song she's ever been commissioned to write: the one that broke her heart. In this darkly twisted debut hour, the award-nominated musical comedian takes a shrewd look at the highs and lows of the entertainment industry, money, sex, love and all the notes in between.

Rachel Parris has reached the finals of many national competitions and was placed runner-up in the Funny Women Awards and the Musical Comedy Awards. She was named in London Is Funny's Top 10 Comics To Watch in 2012, and recently listed on the Huffington Post as one of their Funniest 50 Women on Twitter. She is also an experienced improviser, and is appearing in the acclaimed improv comedy show Austentatious - An Improvised Novel, at the Leicester Square Theatre throughout 2013.

She is currently developing a TV pilot with Carly Smallman, filming shorts with Anna Morris and ComComedy and is a regular writer for the comedy section of the Huffington Post.