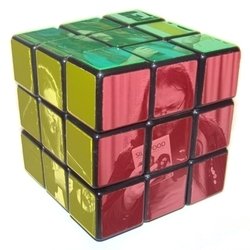 Irish comedian Matthew Collins is almost famous, but you've never heard of him. He's been described as an 'internet expert' and a 'real-life computer nerd' when he was the Keyboard Wizard on BBC NI and Radio 4's Great Unanswered Questions, as well as a 'beardy weirdy' in everyday life. This is the story of the fickle nature of fame and how one puzzle-obsessed nerd tries to solve the greatest puzzle of all ... the human heart. (If that's soppy, there's also Rubik's Cubes, big words, French grammar and some mathematics. Something for everyone, or at least the geeks.)