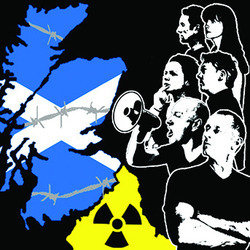 Satire / play performed on the following days in August 2013...

The year is 2108. World War Seven has laid waste to the entire planet. The nation states of Africa, Asia, Europe, the Americas and Australasia have all been totally destroyed. And yet, miraculously, one small, insignificant country on the outermost fringes of the British Isles has survived. In a future Scotland, ruled by an evil clone of a famous 20th-century Scottish politician, a small band of English freedom fighters rise up against their Caledonian oppressors.