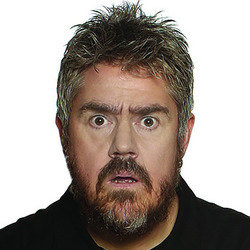 After the success of 2012's Twenty Seven Years On, Porky the Poet returns to Edinburgh with a new collection of poetry, and ponders the cultural conundrum: how low can you go?

Phill Jupitus is Porky the Poet in Zeitgeist Limbo. After the success of 2012's Twenty Seven Years On, Porky the Poet returns to Edinburgh with a collection of new poetry, and ponders the cultural conundrum; "How low can you go?" Phill will be performing at The Jam House from 3rd - 24th August at 5pm as part of the Free Fringe.

Aside from Never Mind The Buzzcocks and his live stand-up shows, Phill currently appears as a regular guest on QI (BBC Two). While on BBC Radio 4 Phill is a regular member of the award winning News Quiz in addition to numerous presenting work on such shows as Phill Jupitus' Comic Strips and The Man Who Bought Hendrix's Stage.

In Autumn of 2009 Phill graced the West End stage in the hit musical Hairspray playing Edna Turnblad receiving critical acclaim for his performance. In 2011 Jupitus played King Arthur in the UK and Irish tour of Spamalot and in his most recent stage role he starred in Big Society for 19 nights at the Leeds City Varieties.

The summer of 2010 saw the book release of the ex-host of BBC 6 Music's critically acclaimed breakfast show, Good Morning Nantwich - Adventures In Breakfast Radio, where not only does Phill discover the answer but finds out what really makes the listening nation tick first thing in the morning.

Bringing all his talents to this year's Edinburgh Fringe, Phill will also be starring in the play Making News throughout the Festival at the Pleasance Courtyard at 1pm.