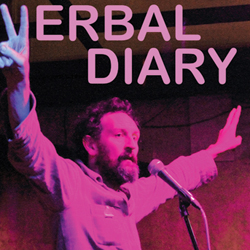 Imagine what you'd get up to if your job was telling tales of what you'd been getting up to, hell-bent on following your nose and flowing with the go: spine-tapping mainline brain time, never-ending anecdotal shit storm. Running with revolutionaries in Caracas. Trousers down in China. Twenty-two Edinburgh Fringes. Getting thrown out of his own venue, twice. Three hour show with a boozy blackout. Striptease on a Bicycle. Stalking people who left with 50 folk from the audience... Ping-pong splinter with Snow Patrol. Phil's book available at Bob's Bookshop. 'Genius!' (Scotsman). www.pay-what-you-want.info or buy a ticket.