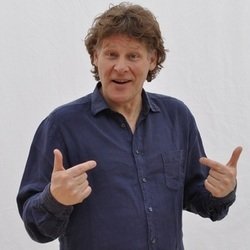 After a monster hit this January with a nearly full house at the Tristan Bates Theatre - Searles returns to Edinburgh with a tighter, lighter, leaner, funnier version of his solo show - the second in his internationally acclaimed South American trilogy - Hey Gringo! 'This is the show every traveller would love to be able to give' **** (Evening News). 'A combination of Bill Bryson's eye for the ridiculous and Rory Bremner's ear for mimicry' **** (Metro). 'One of the loveliest laughter filled hours I have seen' **** (Scotsman). 'Riveting' **** (Guardian). Directed by Steve Frost.