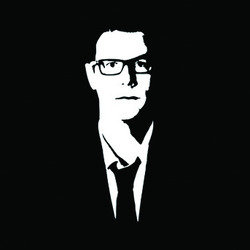 Wickedly funny, incorrectly political, radically reasonable, relevantly relevant, ridiculously true and beautifully observed; the thought-provoking stand-up returns to Edinburgh with the answer to all of our social, economic and political problems, yes all of them. Buckle-up. 'Dark but delicious' (Roger Cox, Scotsman). 'His stories are real and brilliantly funny. Definitely not for those of a delicate disposition, but sharp, dark and funny' (ThreeWeeks). 'What an outstanding comic: sharp, inspired writing and he even looks funny.' (Independent). 'Get a ticket to see Pete Cain.' (Simon McKenzie, Edinburgh Evening News).

The UK has an immigration problem; the infrastructure clearly cannot cope with the amount of people that are here and, to make the situation worse, the government admit they don't actually know how many people are in the country because they stopped counting them in & out years ago. But fear not! Pete Cain has a brilliant solution to this and all our other social, economic & political problems.

This August, Pete Cain, one of our most thought-provoking comics, is advocating kicking Everybody Out of the country so they can be counted back in. However, not everyone will be allowed back in. His new immigration policy stipulates that only "nice people" will be re-admitted. Colour, creed, race and religion are irrelevant; you've just got to be nice. Bankers, politicians and other criminals needn't bother applying. Pete is aiming to make Britain "Great" by building a utopian society for the people and not the ruling classes.

This brand new show is an intelligent, light-hearted look at the UK's immigration policy through the eyes of a wickedly funny, incorrectly political, radically reasonable, cynically seasoned stand-up.

Pete Cain has been performing on the UK comedy circuit for 10 years and supported Jim Jefferies' 2010/11 UK tours. In 2009 he co-wrote, produced & directed the cult sketch show No Signal for the FX channel. He's also won a multitude of awards during his time working as a senior copywriter in a number of London's top advertising agencies. He's a nice bloke too.