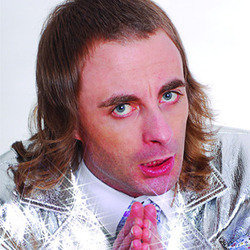 No board games on this lawn, baybayyy! Face the frozen ships and dance while legless bar stools finally take their revenge. Even Auntie Eclair won't talk and this town will never recover from the naked collage. Paul has received two consecutive Barry nominations for his shows at the Melbourne Comedy Festival and recent UK TV appearances include 8 Out of 10 Cats, Never Mind the Buzzcocks, Russell Howard's Good News and The Alternative Comedy Experience. 'There is nothing random about Foot's surrealism; it is studied and controlled. It is, frankly, sublime'. ***** (FestMag.co.uk).