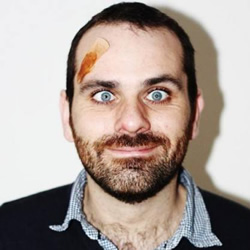 So the world didn't end that time that it was supposed to, and probably won't for at least another four or five months, if it ever does. It's dogshit, isn't it?

That Brian Cox from out of Pepsi & Shirley keeps telling us how tiny, how insignificant, how rubbish we are in cosmic terms. Everything we think about or do or say or touch is meaningless. This ought to be good news - nothing matters! So why is everything so HARD? 'You owe British Gas £200'; 'Graham in payroll doesn't appreciate the tone of your emails'; 'Daphne from Eggheads called again. Leave her alone'. Join Patrick Lappin as he contemplates The End - and if it's not the answer, why not?