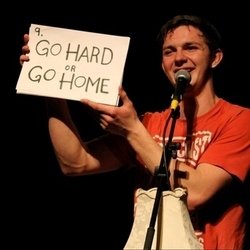 Four good friends. One last party. One last chance to get more f*cked than the time before! A dangerous, funny, tragic, and honest look beneath the surface as they realise it's time to get out and grow up. Produced by the New Wolsey Theatre, written by Rob Salmon and performed by the New Wolsey Young Associates, Party Piece is a dynamic mix of physical theatre, storytelling and stand-up. A brash and comedic account of four teenagers piecing together the messy events of the previous night, which results in them exposing their greatest hopes and fears for the future.