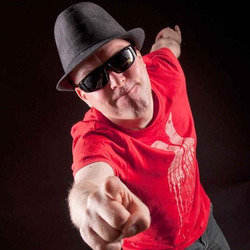 Have you ever wondered what it would be like to be taken hostage by a comedian? Obie has gone crazy this year. This show will be hilarious, spontaneous, dramatic and scary. What are his demands? What is his cause? Come along and experience this emotional rollercoaster for yourself. Obie has been on the circuit for 14 years. He headlines comedy gigs all over Scotland and has performed solo shows in festivals as far away as Melbourne. Obie is one of the most natural comedians around. This will be awesome. 'Side-splitting' (ThreeWeeks).