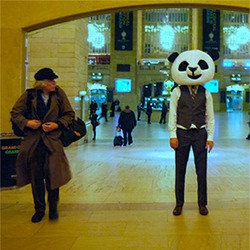 In this fun and witty stand-up comedy show, Nikhil Tilwalli (in his Edinburgh Fringe debut) uses wordplay, deconstruction, his slight obsession with puns and a relatively casual demeanour to make off-beat observations about the nature of language, to construct jokes and to tell mildly fantastical tales from his life. Also included for no additional charge: the story of a panda suit, an irreverent discussion of the dating lives of Plato and Pythagoras, a reverent discussion about Dr. Dre, jokes about other rappers and more!