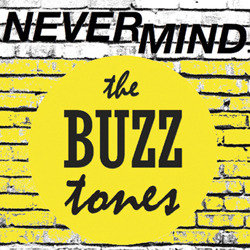 A cappella just grew some balls! Singing sensations The Buzztones bring you their first ever Edinburgh show as they embark on their mission to bring you popular music in a way you've never heard before. Join them for an hour of harmony, comedy and downright entertainment featuring tracks by Guetta, Gaga, Madness, Prince and Fun to name but a few. No tricks, no tweaks, no instruments! You've not heard of The Buzztones? Nevermind! You will have soon.