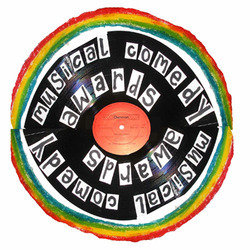 Now in its fifth year, the WeGotTickets Musical Comedy Awards has grown in stature to become an annual fixture in the comedy calendar and has provided a launch pad to superstar acts like Frisky & Mannish (2009 finalists) and Abandoman (2010 winners) whilst also playing host to stars of the genre such as David O'Doherty, Bo Burnham, Isy Suttie and many more. 'As the Musical Comedy Awards demonstrate, the genre is currently bursting with talent' (Time Out). 'An evening showcasing a seemingly bottomless well of musical talent' (Bruce Dessau, Evening Standard).

This year's showcases will be headlined by two extraordinary acts. On Friday 23rd we welcome the multi-award winning international comedy legend and Edinburgh favourite Phil Nichol (IF.COM EDDIE Winner 2006): "You would have to be not just miserable but insensible not to be infected with Nichol's funnybug. It is like spending an hour in a comedy jacuzzi." Kate Copstick. The Scotsman ****

Here are the full line-ups for our MCA showcases:

Jenny Bede - WGT MCA 2013 Best Newcomer - 'If there was one act on the bill that I would confidently tip for stardom it would be Bede' - Bruce Dessau.