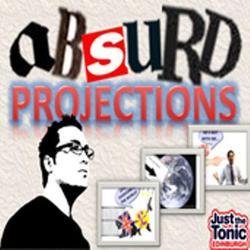 Mikey Avern is worried - about the past, and the future. The present doesn't really bother him, because it's just one of those things banging up against the other two, which shouldn't be that much of an issue. Kinetic Gilliamesque animation, tortured analogies and crude Photoshopping combine into a neat presentation about the future of everything, and why we probably shouldn't care. Let's project the past into the future, the future into the past, then project whatever's left onto a wall. '...consistently teasing and ironic' (ThreeWeeks). '...it's very wrong, but very funny' (Scotsman).