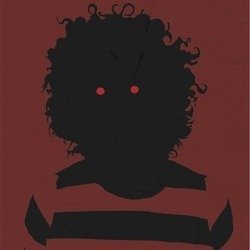 Remember all those times you said, I'll go see Nan tomorrow? Tomorrow, tomorrow, tomorrow... Just one more episode of The Big Bang Theory... Then she was dead! Don't do that with this show, go see it today. Matthew Highton is a sublime stand-up and masterful storyteller who will take you through imaginative and memorable flights of fancy packed with silly, unusual and abstract ideas. You're in safe hands jerks! So no excuses. Trust the quotes: 'Wonderful surrealism' (Guardian). 'Something quite special' (Steve Bennett, Chortle.co.uk). Disorientating, bizarre and rather brilliant' (BroadwayBaby.com).

Surreal storyteller and risky abstractionist Matthew Highton, a key member of the Chortle nominated Weirdos collective and London is Funny's 'Most Chaotic Moment of 2012', is returning to the Edinburgh Fringe Festival. It's been a tough, sleep deprived year since his last visit and despite an explosion, financial turmoil and a cat trying to steal his voice, he is determined to bring his greatest comedy show ever to the rain sodden audiences of Edinburgh in the form of It Came From The Mud.

It came from the mud, but so did he. Born of the North, prisoner of the South, Matthew Highton must battle the mud monster created by a growing anger and unease in society. In doing so, he has created a comedy extravaganza with all the makings of a classic horror film - low budget, special effects, creepy doll and a cameo from porn star Peter North! As one of the most innovative and unexplainable shows of the year, prepare to have all notions of how comedy works shattered and enter in to a world where reality and fantasy are one and the same.

Highton is a circuit favourite renowned for his unusual and precarious styling and his growing presence is steadily securing him a place amongst the most interesting, distinctive and inventive comedians the country has to offer. Previous Edinburgh shows have received great praise and acclaim from critics, audiences and peers alike. This year Highton brings the intelligence and intangible silliness he is known for, but takes it to new degrees of insanity.

When you are tired of watching variants of the same worn-out formulas come step into the ever delightful, often baffling, occasionally nerdy and always exciting world of Matthew Highton. Or step in before that. Either way step in!