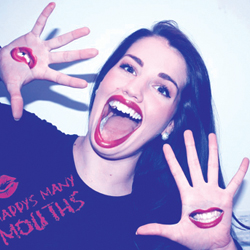 Maddy's Many Mouths is an outrageous one-woman show, written and performed by Maddy Anholt - a woman of many parts! This side-splitting, breathless performance tells the story of a woman with a peculiar compulsion to mimic the people she meets. Follow Maddy's journey from childhood to adulthood, from the streets of London, via South Africa, to a dingy police cell, as she struggles to remember the real her and become reunited with her first true love. Maddy has a unique ability to tell an astonishing tale as she morphs before your very eyes.