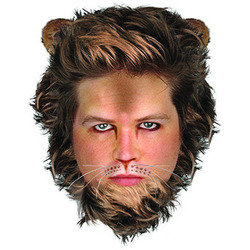 Ever seen a lion? In the wild? In England? Last year in Clacton some campers thought they did. They didn't of course, lions aren't native to north-east Essex. But their not-sighting triggered something in the brain of Radio 4 poet Luke Wright. Now he too is seeing things others don't. Step into Luke's world of romping satirical verse where posh plumbers, paunchy ex-rockers and Lovejoy roam free. Get ready to roar. 'Visceral, poignant and riotously funny' (Scotsman). ***** (Scotsman, List, Herald).