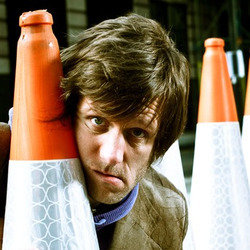 As seen on Russell Howard's Good News, Perrier Best Newcomer nominee, Hackney Empire New Act of the Year winner, writer for comics appearing on Mock The Week and Live at the Apollo, guest on BBC Radio 4 and 5 Live. 'A superbly written piece of work which is poignant, thought-provoking and above all incredibly funny' ****(Chortle.co.uk). 'He's just like us, except, of course, that he's a highly skilled and very, very funny comedian' ****(ThreeWeeks). 'A gifted comic' (Sunday Times), and now for the first time 100% free.

I recently found myself watching what I firmly believe to be the most racist production of Miss Saigon ever staged. This was awkward for a number of reasons, but mainly because my kids were in it.

At the same time as this Hampshire Youth Theatre PC car crash, UKIP were rapidly making Hampshire their new intolerant heartland, thanks in part to Nigel Farage's "straight-talking" being preferred to David Cameron's "speaking as a Dad".

But what should a Dad say? (Especially when his kids are dressed as Vietnamese prostitutes.) Why is being anti-immigration and opposed to gay marriage suddenly an acceptable political position? And is it ever okay to leave at the interval of a show your kids are in?