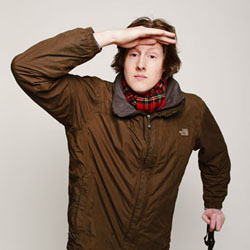 What is a legend? And did he mean to spell it feat? Expect those questions answered and more in this highly anticipated show. Behold a joke-filled hour looking at myths, marvels and mortals. The Geordie Giant spent the last year climbing mountains, walking too far and testing his mettle, in preparation for his biggest feat - a return to the festival. 'He looks the part, he's got the talent. It's easy to imagine him on the telly' (Sunday Times). 'Quick as a whippet with razor-sharp intelligence delivering punch lines with fantastic physicality' (BroadwayBaby.com).