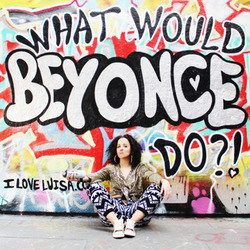 All the single ladies, you know when you fall Crazy In Love but it goes tits up, you're Me, Myself & I, but then you Get Me Bodied, you're like he's the Best Thing I Never Had! If like me, you're an Independent Woman still living at mumma's house, come check up WWBD! Let's get this party Jumpin' Jumpin'! Last year's phenomenal smash hit toured, and sold out London's Soho Theatre three times. Back for 10 nights only. 'Boasts a feel good factor so pronounced they should prescribe it on the NHS' **** (Telegraph).

As the star and success story of the Free Fringe last year, Luisa Omielan's smash-hit show What Would Beyoncé Do?! by word of mouth alone, saw up to 50 people a night turned away. This year, it transfers to the Gilded Balloon for ten nights only.

Fresh and utterly original comedian Luisa, has had quite the year. If three hugely popular sell-out shows at the Soho Theatre weren't enough, a fourth extended run and a national tour were announced. Not to mention the noise made about her from, well, pretty much everyone. We present to you the new Queen B of comedy.

Luisa, who once speed-dated in a wedding dress, has fallen in love with every Mr Unavailable she has come across, and like Beyoncé, her mum still styles her clothes. But being 30, moving back in with her Mum and finding herself breaking up poo in the toilet with a stick because her little brother blocked it, she's starting to wonder: 'Does this ever happen to Beyoncé?!' If she couldn't dance or sing, but was still a diva. When life gave her lemons...What would Beyonce Do?!

For all the Single Ladies, who fall Crazy In Love, this hugely successful intense hour is for you. It's hot, funny and fierce, overflowing with playfulness and infectious enthusiasm.

The show is never far away from Luisa bursting into song and dance. You leave beaming, feeling empowered and ready to take on life. Come and watch it, because who runs this Muttha? Girls.