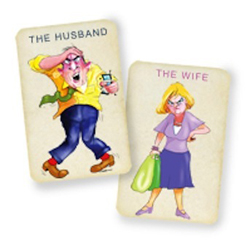 Olivier award-winning John Godber is back in Edinburgh after ten years with a new comedy, starring Steve Huison (The Full Monty) and Sue Cookson (Casualty). Jack walks out on his job, his wife and teenage children. Beside his bed are copies of Hot Sex Tips and Which Caravan magazine. Travelling Europe for three months to write his promised novel and live the life of an artist, he returns with no novel, no money and no idea why he'd left. In a world which is just on the edge, are we all losing the plot?