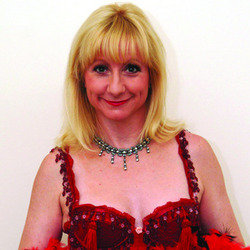 Five stars! Best of the DC Fringe! Growing up in a test site for cable television through her jobs as a stripper to pay for the LSE, a voice on the Penthouse phone sex line, to dancing in a Mick Jagger video and a night in jail, Lisa's stories create a 'wildly entertaining' (Time Out, New York ) hilarious one-woman show. The stage is decorated with nothing but her, but that's enough. 'Phillips is an incredible storyteller and her show is fascinating to watch and to listen to' (DCMetroTheaterArts.com).