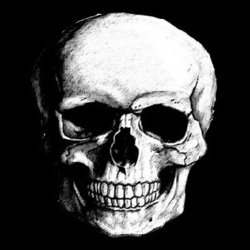 Life Sentence is an original comedy about Theo, a young hypochondriac who is diagnosed with immortality. Bound to a life everlasting, Theo immediately goes into mourning at the thought of the delights now denied to him by his diagnosis, such as the glory of a young death, final words and his very own funeral. Only Theo's friends, Stan and Michelle, can turn this tragedy into a comedy. 'Very funny, well-performed and tightly written' (OxfordTheatreReview.co.uk). 'Fast-paced, witty, a real pleasure' (Cherwell.org). Winner of Oxford Student newspaper's Best New Writing of 2012.

Life Sentence is an original comedy about Theo, a hypochondriac who gets diagnosed with immortality. Bound to a life everlasting, Theo immediately goes into mourning at the thought of missing out on a young death, his own final words, and of course, an elegant funeral. Only his best friends, the happy-go-lucky Stan and the mouthy Michelle, can turn this tragedy into a comedy.

Life Sentence opened at the Burton Taylor Studio in Oxford last autumn. It won Oxford Student's Best New Writing of 2012, in addition to other praise. Following a successful run at the BT, the script has been reworked and improved for reincarnation at the Edinburgh Fringe.

Life Sentence was written by young comedian Jamie Carragher whilst studying at Oxford University. Carragher has been a regular on the student stand-up circuit, reaching the So You Think You're Funny? semi-final at the Edinburgh Fringe 2012.

Carragher has performed with the popular fringe sketch group "Rory and Tim" and has written for several publications, including the satirical magazine The Oxymoron and the football fanzine The Liverpool Way.

Jack Herlihy, the director, performed in several theatrical adaptations and musical productions at the Tricycle Theatre and is a member of the National Youth Theatre. At university he has performed in various productions including The Crucible and As You Like It, and is playing the role of Max Bialystock in an Oxford Playhouse production of The Producers.

Life Sentence is produced by Hannah Groombridge of Beyond the Bridge Productions. Groombridge has extensive experience in theatre, having participated in over 10 productions at Oxford University, including executive producing Pride and Prejudice, and Bunny, and acting as Production Manager for A Little Night Music at the Oxford Playhouse.