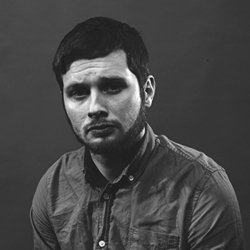 Lyrical anti-lad Liam Williams snarls out his sulky debut. An hour of soul-smithied jokes and negative energy. May he keep his demons and his eczema at bay. 'Massively talented ... his intelligence and command of language lifts him above his peers' (LondonIsFunny.co.uk). 'We're expecting this to be a cracker ... one to watch' (Time Out). 'Skewed, inventive humour' (Metro). 'A strong writer for sure ... very intriguing prospect' (Chortle.co.uk). 'A very impressive all-rounder indeed' (Comedy.co.uk). 'Brilliant ... had the audience doubled up' (ThreeWeeks).

A bold and innovative debut stand-up show from one third of sketch game-changers Sheeps, and one of British comedy's bright young thinkers.

Lyrical anti-lad Liam Williams snarls out his sulky debut. You are invited to The Tron for an hour of soul-smithied jokes and negative energy, may he keep his demons and his eczema at bay.

Liam Williams brings his debut stand-up hour to the Fringe, following two critically acclaimed years at the Pleasance Courtyard as one third of cult sketch group Sheeps - "one of the most exciting sketch acts to emerge in years" - Time Out. His solo work combines caustic criticism with playful one-liners, a measured and subdued method of delivery, and a heavy dose of the absurd.

There is a distinct level of lyricism to Williams' lament, as he explores themes of self doubt and emotional insecurity whilst discussing the moral and political quandaries of modern living. A furrowed brow of comedic invention, Williams performs stand-up which is intelligent, literate, and wholly unpatronising. His is a truly unique new voice.

Recently, Liam took the lead in comedy short Cake On The Desk (BBC Online), and has just finished filming for Jamie Demetriou's Comedy Blaps (Channel 4). In 2012 he appeared in Doctor Brown's Channel 4 pilot, as well as performing solo as part of BBC Comedy Presents. He is set to feature as the stand-up guest on Russell Howard's Good News (BBC Three) in June 2013. Elsewhere on the Fringe, Liam is starring alongside Phill Jupitus, Sara Pascoe, Suki Webster and Hal Cruttenden in Robert Khan and Tom Salinsky's play Making News (Pleasance Courtyard).