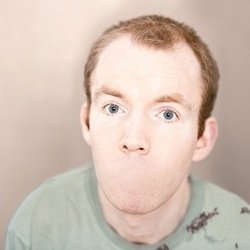 Having nothing to say is one thing, having lots to say and being unable to say it is quite another. It has become part of life for Lost Voice Guy but although he can't talk, he isn't silent. Diagnosed with cerebral palsy as a child, he embraces his disability, really breaking down barriers and having a laugh along the way. He uses his iPad to great comic effect to take us on a journey as he tries to make himself heard.