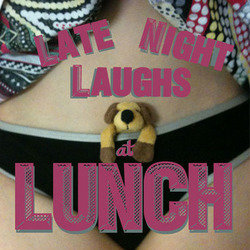 Australian comedians Eric Hutton and Jen Carnovale present a selection of their favourite Fringe acts. These guys have been given props by some powerful comedy fat cats. Eric Hutton: 'One of the Top 10 Free Shows of 2012' (Scotsman). 'Magic' **** (Kate Copstick, Scotsman). Jen Carnovale: 'Absolute hilarity' (Pun). 'Best Newcomer' (Sydney Comedy Festival, 2010). They want to bring together some of their friends and like-minded performers and share them with you. You lucky son of a bitch! Rotating performers, rotating hosts, rotating mechanical heads. See some of the festival's hidden gems!