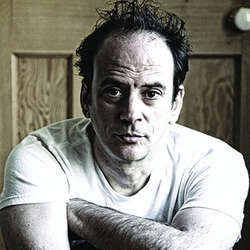 Storytelling performed on the following days in August 2013...

Lach, founder of the burgeoning Antifolk music and performance scene, will be returning to the Edinburgh Fringe Festival 2013 with his new one-man show Anticdotes. The show will run Wednesday-Sunday nights at 8:30pm (August 1-4, 7-11, 14-18, 21-25) as part of the Heroes at The Hive (15-17 Niddry Street, EH1 1LG). It is free entry, though you may "Pay What You Want" on exit. For those that want to guarantee a seat (recommended!) one may book tickets in advance through edfringe.com. The show is age limited to 18+.

Lach's previous Fringe shows of song, story and comedy resulted not only in rave reviews but a four part weekly series, The Lach Chronicles, premiering on BBC Radio 4 in July. Such artists as Beck, Regina Spektor and Suzanne Vega have sited Lach as a major inspiration and his six albums have influenced a generation.

Anticdotes is Lach's follow-up to the songs and stories that make up The Lach Chronicles. Anticdotes is chock-full of Lach's hilarious true tales of testing acid for the mob, holding up fast food restaurants in Las Vegas, beating Joey Ramone in a moshing contest, being saluted by Kiss and loved by Dylan.