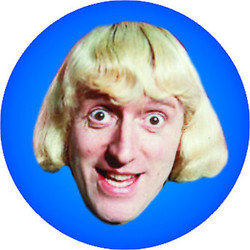 Künt and the Gang return with some new, very wrong comedy songs which were not yet written when this was submitted in March. Plus some old, equally wrong songs including the tear-jerking classic Wanking Over a Pornographic Polaroid of an Ex-Girlfriend Who Died and their 2012 minor internet hit Jimmy Savile and The Sexy Kids. Not for the easily offended. Sell-out 2009-2012. '...life-affirmingly puerile stuff' (Charlie Brooker, Guardian). 'Stupidly smart ... the funniest thing I've seen at the Edinburgh Fringe' (Sam Simmons). 'Kunt is a true festival original' (Scotsman). www.katg.co.uk