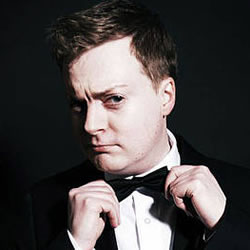 Following on from 2012's show In...Sane about Kevin's experience of mental illness, Out Now is the story of what happened after Kevin revealed he is gay. Making up for lost time he dived into the gay scene. In this show he debunks the stereotypes, explores prejudices, preconceptions, relationships, online dating, equal marriage and bigotry. Expect songs, jokes, stories and some graphic tales. 'Praise be! At last a comic that is a great relief among the laddish banalities of the Fringe' **** (Scotsgay). 'His delivery is spot on, delightfully funny' **** (BroadwayBaby.com).