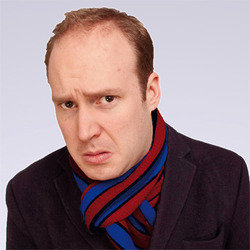 Raised by a single mother surviving on benefits, Jonny Donahoe is unquestionably a 'vile product of Welfare UK' (Daily Mail). He also has an extraordinarily posh voice. Now he tries to get the hang of the British Class System. The stand-up debut from the frontman of musical comedy stars Jonny & the Baptists and acclaimed sketch act The Roaring Boys, Jonny Donahoe: Class Whore debuts at the Underbelly Bristo Square from 1 - 26 August 2013 at 1.25pm.

A former BBC Talent and New Act of the Year Award Finalist and comedy circuit regular, Jonny has appeared on Radio 4's The Now Show and The Infinite Monkey Cage and starred in The Dawson Bros' smash-hit YouTube comedy series That Meeting..., seen by over a million viewers worldwide. Known to audiences across the UK for his abundant charm, incisive wit and versatile performances across musical, sketch and stand-up comedy, Jonny Donahoe: Class Whore marks his first full hour of stand-up and his most personal show to date.

Plucked from his local state school and awarded a place at an Oxfordshire public school by an early 1990s Conservative Government bursary scheme, Jonny's childhood traversed both sides of the class divide. Sleeper pleb, toff traitor or class whore? He finally tries to get the bottom of what it all means in this insightful and irreverent debut by one of the UK's hottest emerging comedy talents.