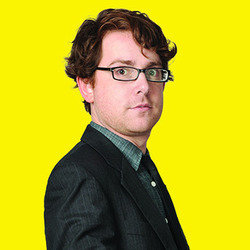 Human beings are the most intelligent species on the planet. We've mapped the world, split the atom and have been to the moon. We also do profoundly stupid things. Some of us achieve greatness, many are just confused. Jim is one of the latter. He follows his sell-out debut Fringe with a show proving stupidity is an inherently human trait. Top 10 Amused Moose Laughter Awards 2012. As seen on BBC Comedy Online. 'Exquisitely written ... a future star' (Chortle.co.uk). 'A superb example of how to craft comedy' **** (List).