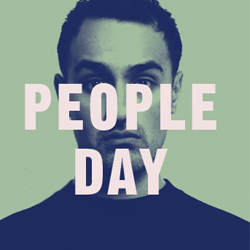 Character comedy from the character comedian who dares to say what everyone's thinking, and saying. Leicester Mercury Comedian of the Year Award Nominee. 'Our new favourite character act' (Spoonfed.co.uk). 'Watching him is like being beaten with a stick of funny' (BroadwayBaby.com). 'Brilliantly observed character comedy' (FringeBiscuit.co.uk).

Character comedy from the character comedian who dares to say what everyone's thinking, and saying. Join Jamie Demetriou for an hour of instability and fractured optimism.

Jamie Demetriou is the one of the most exciting natural comedic talents the Fringe has ever seen. His deeply studious approach to character construction, along with an encyclopedic knowledge of British comedy, has helped him define a norm that he is able to subvert so expertly. His application of filmic and televisual influences on stage has made for an innovative and truly unique solo debut.

The free show was a snowballing, word-of-mouth hit. Most recently he has written and recorded his own three-part series of Comedy Blaps (with Ash Atalla's Rough Cut Productions for Channel 4). He wrote/performed in the first series of sketch show Anna & Katy (Channel 4), and has been asked to collaborate as part of the writing/performing team for the second series of Cardinal Burns (Channel 4).