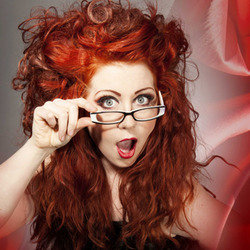 'Possessed of lightening wit' (BroadwayWorld.com). Direct from London's West End! Join burlesque showgirl and comedienne, Ivy Paige, in the funniest class in Edinburgh. With a nation of Head Mistresses giving surprisingly little head she remembers a time when the title meant something. So loosen your tie, roll up your skirt and join Ivy for an education that is definitely not on the National Curriculum! Live music from Pete Saunders from Dexys Midnight Runners! Stand-up, song and striptease ... comedy never got so glamorous! 'The Hostess With the mostess!' (Sun) www.ivypaige.co.uk