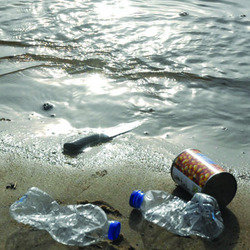 2046. Great Britain is underwater, except for one tiny island with a population of two: Marilyn (28, ruthless survivalist) and Josie (17, childlike). They don't get on. A new darkly comic play about national identity, friendship and tennis, Island State is the story of two women's struggle to keep going in the face of environmental catastrophe. 'Quirky, dark and ultimately surprising ... a striking portrayal of human nature and all its intricacies' **** (DurhamTheatreReview.com). Winner: Best New Writing and Best Actress, Durham Drama Festival 2013.