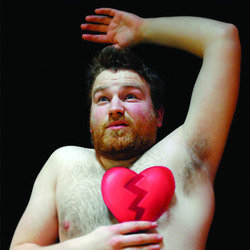 Steve's girlfriend broke up with him during last year's Edinburgh Fringe Festival. Instead of dealing with his emotions, he's written a comedy show! Break-ups are just like hangovers that follow being love drunk, and Steve knows all about hangovers: he's Irish. Follow Steve on a charming and insightful journey to find the cure for the dreaded break-up hangover, through an energetic mix of comedy, music, childish drawings and more! Sometimes poignant, always hilarious! Whether you're broken-hearted, dying of a hangover, or just ready to laugh your pants off, Steve will have you In Bits!