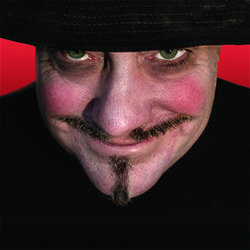 'The stage is just a metaphor for life' (Ian Cognito). 'The creatures outside looked from pig to man, and from man to pig, but already it was impossible to say which was which' (George Orwell, Animal Farm). It's all gone wrong in the comedy business. Elsewhere people are tortured and killed for expressing opinions, while here a comedy elite rule the airwaves and arenas, yet say nothing unless the pay is good or it feathers their nests. Ian Cognito: 'A rough house comic moralist of rare distinction' (Independent). 'Puts most other comedians in the shade' (Evening Standard).