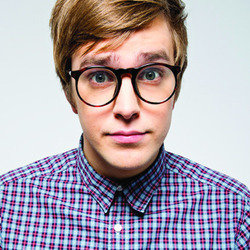 Iain Stirling is a BAFTA-nominated presenter, a Chortle-nominated comedian and he is home. The Edinburgh-born comic completely sold out his debut hour last year. Now, having bought a house with his girlfriend Iain explores the dichotomy of emotions you experience when making a commitment to the One. How can a decision that comes from a place of love and commitment lead to such fear and uncertainty? 'Possesses all the born-with-it-or-you're-not-qualities associated with the world's leading comics' **** (List). 'One of the best joke writers on the circuit' (GQ).