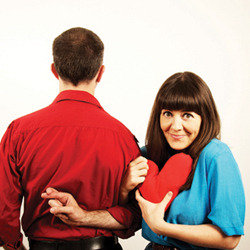 Nominated Best Play in Western Australia, this comedy gem follows two people inflicted with a truth-telling disease, as they meet and fall in love. Their first date, first sexual encounter and meeting the parents...'When actors have so much life that their presence fills such a small, intimate performing space and the audience is in stitches from the very first line, there isn't a sliver of doubt that you're going to enjoy the show' (AussieTheatre.com).