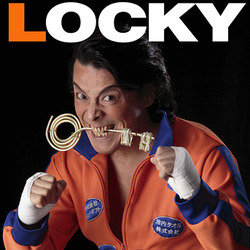 Japanese 'Locky' is a hilarious 50-minute show starring the famous Japanese actor and comedian Hiroshi Shimizu. Shimizu has 25 years experience performing on television, in films, and in big auditorium comedy shows all over Japan. He does audience interaction and absurd comedy, in addition to stand-up comedy, in Japanese and in English. This wild and wacky show features parody movie trailers, tales of adventure, and Japanese Don Quixote slapstick that you will never forget! 'One of those rare performances where the comedian could say anything and have the audience rolling in the aisles' **** (ThreeWeeks).