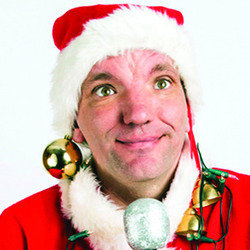 Christmas come early! Celebrate the jolliest time of the year with the German Comedy Ambassador. In addition to meticulously planned and perfectly executed stand-up routines there will be renditions of the Fatherland's most favourite Christmas carols such as Oh Tannenbaum, Stille Nacht - heilige Nacht, and Klingglöckchen klingelingelingelingelingelingelingeling. He has ways of making you laugh. And sing. Fröhliche Weihnachten indeed! 'One of the top 20 German comics at the Edinburgh Festival' (Henning's agent). 'Who gives a Scheisse' (Chortle.co.uk).