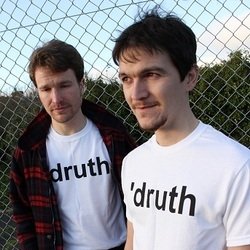 Having got some decent quotes last year, the pair return in order to make use out of them. 'Freakily funny and oddly mesmerising' (Guardian). 'The perfect Fringe show' (Rhys Darby). 'A malicious trap for late night punters' (Fest). 'Disturbingly funny' (Chortle.co.uk). 'Like a giant shared hallucination' (EdinburghSpotlight.com). 'Loved you guys at the Fringe!' (one of the crepe van people). 'I haven't seen this much talent since The Conchords and even then I never saw that much talent' (Murray Hewitt).