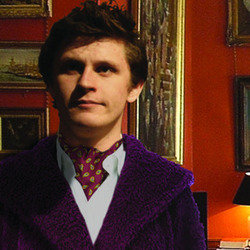 Lloyd Bruce-Howard is an eccentric middle-aged actor, past his peak but looking for that second chance. It might just have arrived in the form of billionaire-turned-theatre producer Lupowski, whom Lloyd plans to charm into commissioning the work of old friend Brian Mcleish and land himself the lead. However, hungover after a particularly raucous party, drunken promises are coming back to haunt him: starstruck budding writer Nigel, followed by Lloyd's clingy mistress Celia, world-wearied Brian, Lloyd's ballsy ex-wife Angela and her brash American lover, a leaking pipe and a disgruntled plumber.