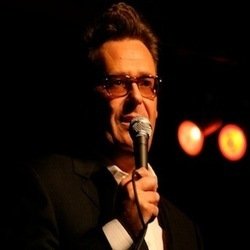 Part improv, part drug-ridden anecdotes Greg Proops is back on the Fringe for his 39th award-seeking year. Each show is different as Greg cannot remember his act from night to night. Mr. Proops played in a tent last year. He is grateful to be back in a real building and promises mirth and bitterness. 'There are two kinds of people in the world: people who get Proops and people who don't. Evolution is in motion. Choose the winning side.' (Random Internet Comment).