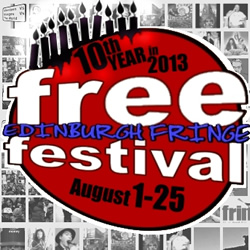 Gits and Shiggles has established itself as one of London's best comedy nights since its launch in Putney, London in 2011 - bringing together the best emerging and established stand-up, sketch, musical, improvised and character comedy from London and beyond. Critic's Choice in Time Out, London is Funny and Metro and recommended by Chortle, Gits and Shiggles is dedicated to programming diverse bills of the highest quality.