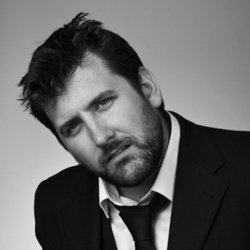 ...and if it matters, does it matter that it matters? A one-man tour de force that will demonstrate just how philosophically satisfying and politically motivating sitting down and doing absolutely nothing can be. 'Storytelling is clearly in Millerick's genome ... a solidly enjoyable way to see out the midnight hour' (Steve Bennett, Chortle.co.uk). 'Marks himself out as one to watch' (FestMag.co.uk). 'I can guarantee this show is going to make quite a few people's Must See List...' (TheNewCurrent.jux.com). 'Undeniably honest and hilarious' (ThreeWeeks).

Garrett has never written a letter of complaint in his life. He has never been on a march, never signed a petition, doesn't really hold a firm opinion on anything and doesn't even support a football team... He has a nagging suspicion that maybe he is missing out on something... Or maybe it's everyone else.

A natural storyteller, Garrett started his career as a writer and director of short films and stage plays. In 2011 he began performing as a solo character act and after only a few months performing reached the semi finals of So You Think You're Funny. His character sketch show Which One's Fergal?: Adventures in The Big Society, a satirical look at British culture at the turn of the decade, helped to establish him as a new and unique voice in British Comedy.

In 2012 he presented Sensible Answers to Stupid Questions, his debut hour of solo stand up. A more personal work than Fergal, the show focused Garrett's own inability to answer to the world around him. The show was a resounding success playing to sold out audiences and considerable critical acclaim, and further cemented Garrett's reputation as a new act to look out for.

Does it Matter? will combine the satirical social comedy of Garrett's character work with the honesty and brash wit of his stand up to create a uniquely personal show asking how the apathetic generation should react to the sea of protest engulfing Britain.

Because very few things matter very much and even fewer thing matter at all. But if we really are intent on starting a revolution and stringing people up, never mind bankers and politicians, let's start with the estate agents...