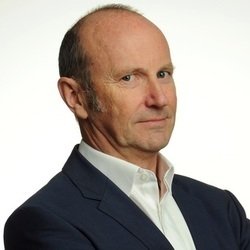 With mixed feelings, Fred looks back at Fringe brochure entries and reviews: From rising star of Scottish comedy, to veteran. But it all adds up to something resembling a career and in a precarious business, longevity! 'I never expected to be at the Fringe in 2013. It was a dream. Something I thought I'd never see. Like trams. 'Expect stronger language than you might hear on the radio. And expect to laugh. Lots. As Scotland hurtles towards the referendum in 2014 expect some fun about that. 'Persistently strong material from Fringe institution' **** (List).