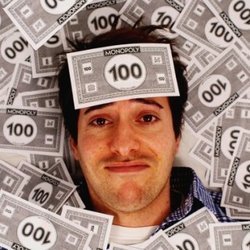 Fast-paced sketch and character comedy from comedian Fraser Millward (as seen on BBC Comedy online). A coach driver's lost his passengers. A transport policeman's on a mission and a German doctor wants to kill you. 'Audience were falling over themselves with laughter' **** (ThreeWeeks), 'Performance art' (DenOfGeek.com). Directed by Ben Wilson, of sketch group Idiots of Ants.

Millward began his solo career after achieving a place in the semi-finals in both 2010's Amused Moose Laugh-Off Awards and the Laughing Horse New Act of The Year 2011. He previously co-created the hugely successful Edinburgh Fringe institution comedy show Shakespeare For Breakfast which garnered a host of four and five star reviews at Edinburgh in 2009.

Fraser Millward can has also been seen as part of the BBC Three's Feed My Funny strand online after they commissioned comedy shorts based on two of the characters developed by himself and Cariad Lloyd (The Cariad Show).

Fraser Millward has created a successful comedy niche for himself. His brand new show Fraser Millward's Masquerade will introduce characters such as the coach driver who has lost his passengers, a German doctor who wants to kill you and a transport policeman with a secret mission. Catch this superb and unique mix of character and sketch comedy by the inimitable Fraser Millward at Edinburgh 2013.