Yianni has set himself a bold challenge, which could fail. He explains more here... 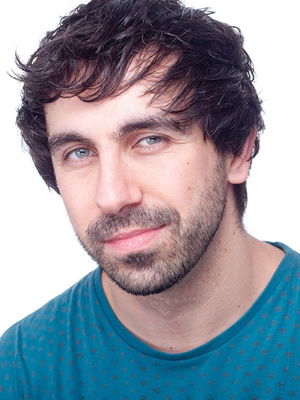 "A failure!" exclaim our erudite hosts Thom Tuck and John-Luke Roberts. "A NOBLE FAILURE!" echo back a delighted audience who have just watched Giada Garofalo deliver an entire set in Italian. Stretching my mind back to primary school Italian, the only bit I understood was 'Come ti chiami?' during her banter with a befuddled front row audience member. I don't think anyone else in the audience understood Italian, and yet Giada powered on with a smile, committing to the task she had set herself. And in that commitment and persistence to a task that was doomed to failure, quite paradoxically, she found success. When she finished, we cheered her off and waited to witness the next 'failure'.

"A noble failure!" is a refrain we will scream as many times as there are acts willing to risk such failure this evening. And at ACMS (The Alternative Comedy Memorial Society) that is every act, for it is the night's modus operandi. At ACMS, performers are instructed to jettison the safety of their mercilessly planned, meticulously honed routines and to try something which - in the words of our hosts - 'will probably fail' This ethos, by pre-empting failure and cushioning performer's egos from the collateral damage of worrying about it, produces immensely creative and anarchic performances which are a joy to watch.

It's only really when you watch performances that come out of a freer, rather than a fear, mindset that you realise how much a fear of failure constricts us. Like a boa constrictor wrapped around our minds it contracts and squeezes our thoughts until our sense of possibility collapses into itself like a neutron star.

My act is usually limited to speaking into a microphone. At ACMS I found myself wearing two hoodies (one back to front) with both hoods pulled up so I couldn't see, attempting to blindly catch stress balls thrown at me using only the throwers voice to triangulate the ball's location. I got the balls from Josh Ladgrove (who uses them in his show as Dr Professor Neal Portenza, a worthy example of the courage to risk noble failure leading to wonderful success) and with a bit of advice from Pat Cahill, I had decided if I couldn't get the balls from Josh that I would do the same act with grapes instead. In a world which demanded noble failure, none of these things at any point seemed strange. 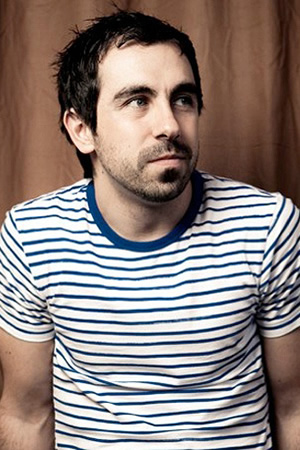 All through this Fringe, I have been building towards my own noble failure. I have been performing a show called Think Big every day at 16:45 at the Dram House as part of the Free Fringe. But on Sunday 25th August at 18:00 I will be performing a (different) show in the 1200 seat main auditorium of the Edinburgh International Conference Centre. Ambitious? Certainly. Foolish? Possibly.

But will it be a success? Or a failure? And if it is a failure will it be a noble one? The idea of success and failure is a much a product of where you draw the lines as it is whether you adhere to the idea of lines at all.

Thousands of performers come to Edinburgh every year. A handful will win awards, another few may get a big break. Have the rest failed? Most will emerge better performers. Is that success? Some have lost money. Failure? What if they lose money but become a better performer? Breaking even?

The EICC holds up to 1200 people. How many seats must I sell before it can reasonable be classed as a success? 100? 200? 500? 1000? Or am I only a success if I sell out the whole shebang? All month, the only two questions people have asked me are "How is it going?" and "How many tickets have you sold?" And when people ask "How is it going?", what they mean is "How many tickets have you sold?"

In my eyes, real success is in the striving, the effort, the commitment and the passion which goes into a task. We are successful when we are throwing ourselves headlong into the unknown, falling without a net for the simple reason that all we know about the thing we want is that it resides in the direction we are falling.* Falling with passion is like Buzz Lightyear flying: it's falling... with style!

* Although this is success, it will be less financially ruinous success if lots of people come.

Falling with style. Noble failure. These are all ways of expressing the same thing: the courage to take a speculative jump into the unknown. I have jumped. Catch me Edinburgh!

Yianni is performing in 'Think Big' at 4:45pm at the Dram House until 24th August and then 'Think Big: The Big One' at 6pm on 25th August. The £10 tickets (with 50p going to Mind) are available here - do support Yianni's bold move!